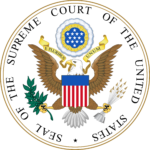 On May 30th, 2017, the Supreme Court handed down a decision clarifying the scope of patent exhaustion. Patent exhaustion is the loss of patent rights over a patented product once the product has been sold or ownership has been transferred and a patentee has recouped a financial reward. Thus, a patentee cannot rely on patent law to enforce post-sale infringement claims. The Federal Circuit previously held that post-sale restrictions and foreign sales preserved patent rights.

The Supreme Court reversed the Federal Circuit’s decision and held that: 1) patent rights are exhausted by sale, regardless of any lawful post-sale restrictions and; 2) any authorized sale abroad, just as in the U.S., exhausts patent rights.

Lexmark International Inc. owns a number of patents covering components and ways of using toner cartridges. Lexmark gives consumers a choice to purchase cartridges at a discounted price in exchange for signing a contract agreeing to single use and return of the cartridge to Lexmark. Impression Products, Inc., a remanufacturer, obtains empty Lexmark toner cartridges from both consumers in the United States and abroad, and refills and resells them in the United States. Lexmark brought a patent infringement suit against Impression for violating its express restriction on competitor refilling and reselling of the domestic cartridges, as well as importing the cartridges sold abroad without Lexmark’s express authority.

In this holding, the Court built off its previous decisions in Boston Store of Chicago v. American Graphophone Co. and United States v. Univis Lens Co., and reinforced the relinquishment of restrictions and patent rights upon sale. The Court further stated that “[a] patentee is free to set the price and negotiate contracts with purchasers, but may not, ‘by virtue of his patent, control the use or disposition’ of the product after ownership passes to the purchaser.” The Court sought to limit multiple bites at the apple, and limited enforcement of post-sale restrictions to contract law, rather than supplementing them with patent law.

Turning on the concept of authority, the Court determined that if a patentee grants a license and the licensee abides by the terms when making a sale to the end consumer, then the patentee has effectively authorized the sale and all patent rights exhaust. The Court distinguished this case from General Talking Pictures Corp. v. Western Elec. Co., where the patentee was able to bring an infringement suit against both the licensee and end consumer for knowingly violating the terms of the license, which amounted to an unauthorized sale.

Drawing comparisons to copyright law, the Court also held that foreign sales exhaust patent rights. Just as the first sale doctrine of copyright law promotes the common law policy against restraints on alienation, so too does patent exhaustion. Justice Ginsberg disagreed with fellow Justices on the point of foreign sales by supporting a diametric approach in favor of strengthening U.S. patentees’ rights.

Leaving open a potential avenue for rights preservation, the Court did not address the premise of non-complete transfer licenses for goods or goods in conjunction with a service, rather than sales. It may be advantageous for patentees to construct business models where ownership is never fully transferred; thus, never triggering patent exhaustion. This distinction must be made explicit when engaging in a license agreement. If the resulting arrangement is treated as a sale, then it will likely be found as such and exhaust patent rights.

While the Supreme Court has somewhat curtailed patent rights in Impression v. Lexmark, viable options remain to protect businesses. Business owners can still rely on contract and trademark law as a means to enforce their rights with regard to post-sale restrictions. Trademark law under the Lanham Act also provides a potential avenue to prevent foreign re-importation, as well as a means to strengthen business owners control over their product when in the stream of commerce.

By increasing the strength of their trademarked goods, business owners may take advantage of protections offered by the Lanham Act to combat grey market goods. The Lanham Act forbids the importation of goods that infringe registered trademarks and sets out remedies that can be sought when a trademark is infringed. Thus, businesses who sell goods abroad and fear re-importation may utilize trademark law to maintain some rights and protections over their marked products, and allow for the opportunity to have re-imported goods seized by U.S. Customs.

One way to do this is by establishing “material differences” between the trademarked and re-imported products. The differences need not be significant; however, there must be at least some distinguishable aspects. In many cases, the acceptable standards of one market versus another can be sufficient to warrant seizure of re-imported goods. Such strategies are key for businesses that wish to maintain rights to protect their products in light of the Lexmark decision.