Signals, Software, and the Federal Circuit after Alice…an Unhappy Medium 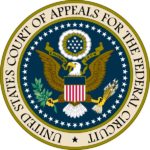 It is an understatement to say that the Supreme Court’s ruling in Alice Corp. v. CLS Bank (2014) shook up the patent law world. The ruling left patent attorneys wondering whether business method and software patents would cease to pass §101 eligibility. This uncertainty has come to fruition as the Federal Circuit invalidated a large majority of business method patents post-Alice. The analysis the Federal Circuit uses in these cases post-Alice is to determine first whether the patent is over an abstract idea, and if it is, to determine eligibility based on whether the patents adds ‘something more.’ Unfortunately, the Federal Circuit has not made it easy for patent owners to fully understand on the requirements to satisfy the “something more” element.

In the Federal Circuit’s first case, the court invalidated a patent describing a method of reducing distortion in digital image processing that does not require involvement from a physical device. The court held that “[w]ithout additional limitations, a process that employs mathematical algorithms to manipulate existing information to generate additional information is not patent-eligible.” Digitech Image Technologies LLC v. Electronics for Imaging Inc. Shortly thereafter, the Federal Circuit invalidated patents on computerized bingo games on the notion that “managing the game of bingo consists solely of mental steps which can be carried out by a human using pen and paper.” Planet BingoLLC v. VKGS LLC. The Federal Circuit seems to find that merely adding a computer element does not make a business method patent-eligible if the “invocation of computers adds no inventive concept.” buySAFE Inc. v. Google Inc. In regards to patents containing an Internet component, the Federal Circuit still appears unsure as to a proper standard defining whether the Internet adds significantly more to an abstract idea. Ultramercial LLC v. WildTangent Inc. In a back-in-forth case, the court ultimately found that “the use of the Internet is not sufficient to save otherwise abstract claims from ineligibility.” The issue over Ultramercial’s patent on a method of viewing ads in order to access online content is not over; however; as Ultramercial timely appealed to the Supreme Court last month.

After what appeared to be the demise of business method and software patents post-Alice, the Federal Circuit finally granted validity to the holder of a patent describing webpage display technology under §101. DDR Holdings LLC v. Hotels.com LP. Here, the court gave some guidance to patentees on producing patent-eligible software so long as the patent “amounts to an inventive concept for resolving [a] particular Internet-centric problem.” This rule seems to provide a clear distinction between valid software patents solving a specific computer technology problem as opposed to merely performing basic computer functions. The Federal Circuit further illustrated the distinction between valid and invalid business method patents by finding invalidity for a patent covering a method for collecting, recognizing, and storing data on a written check by an ATM. Content Extraction and Transmission LLC v. Wells Fargo Bank NA. The court found the concept to be “well-known,” and like the patent in Planet Bingo, “humans have always performed these functions.”

In the Federal Circuit’s most recent case pertaining to post-Alice §101 eligibility, the court affirmed the U.S. District Court for the decision of the Western District of Washington finding for non-infringement that Microsoft did not infringe Allvoice’s ‘273 patent, and that claims 60-68 of Allvoice’s patent are invalid. The ‘273 patent is for a speech recognition product that permits users to store an audio recording of a dictation, replay the recording to correct the recognized text, and directly dictate into any application. Allvoice sued Microsoft for infringement, and Microsoft filed a motion of summary judgment for invalidity. The district court held a Markman hearing and subsequently granted Microsoft’s motion for summary judgment of invalidity. Allvoice appealed, and the Federal Circuit affirmed.

In its analysis for invalidity under §101, the Federal Circuit focused on the issue that if a claim is not directed towards a process then it must be a tangible product to be declared patent eligible. The Federal Circuit found that Allvoice’s claims were “limited to software instructions,” and thus, could not be declared patent-eligible without a tangible medium included in the claims. Interestingly, the court completely failed to use the Alice analysis here and focus only on whether the patent falls under a statutory eligible category. This is curious to note as the court cited to its own post-Alice precedent in Digitech by finding invalidity for “software instructions without any hardware limitations,” but made no reference to its use of the Alice test in that case. Nevertheless, the holding further stresses the importance of the computer hardware component in software cases. This case also makes it even more difficult when drafting software patents as the Federal Circuit will not “’imply’ a tangible medium into claims that fail to recite or reference any such medium.” Thus, the Federal Circuit suggests in its Allvoice holding that software patent drafters are best advised to explicitly claim a tangible medium or draft a process claim.

With the recent ruling of Allvoice, many software patentees are even more curious about the pending case on the Federal Circuit’s docket. McRO (Planet Blue) v. Activision Blizzard, et. Al. (“Planet Blue”). The District Court of the Central District of California found that Planet Blue’s patent covering lip synchronization and facial expression of animated characters to be invalid under §101. The difference between the case in Planet Blue and other post-Alice cases is that the patent here directly addresses a specific technological problem and contains a computer element, which would make one assume the court would follow the ruling in DDR Holdings. The district court, instead, used a point-of-novelty approach and found that the only novel elements of the claims were abstract ideas without adding ‘something more.’ Thus, it will be interesting to see how the Federal Circuit analyzes the case, and whether it follows Ultramercial or DDR Holdings, or if the court only looks at whether the claims fall under a statutory eligible category as in Allvoice.